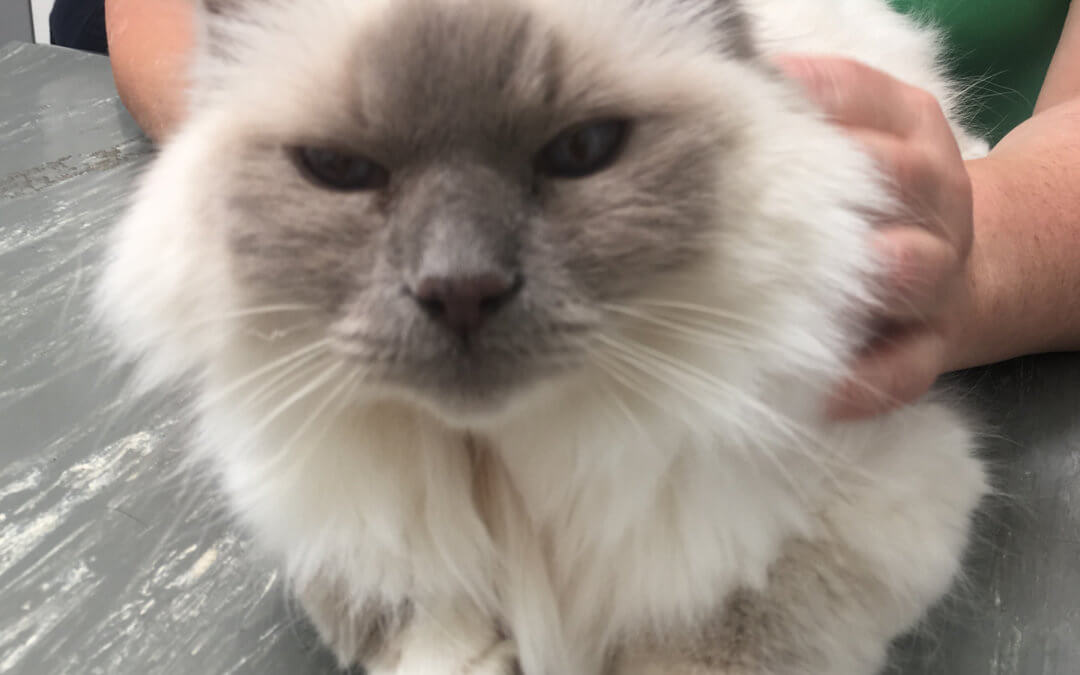 As a busy vet practice, we get many special cats, dogs and other furry friends coming through our doors daily. Sometimes, though, a pet will stand out to us – and we’d like to try sharing a few of the cases we see at Brandon Park Vet Hospital with you.

Remy is one such special patient. Remy is a very handsome Birman cat who had a very serious and sneaky problem. Being a cat, Remy didn’t show a lot of symptoms at first – but his loving family noticed something wasn’t quite right when his appetite dropped.

Remy went through several rounds of testing, and the first few tests very frustratingly didn’t give us any clues as to why Remy wasn’t his normal self. His determined owners were very keen to keep trying, though, and Remy was scheduled for an abdominal ultrasound with us to see just what was going on in his tummy.

Remy’s ultrasound found a mass in his gut that was affecting his intestines – no wonder he wasn’t feeling like eating! Our surgical team took out the affected part of his intestine and stitched everything back together. Right after the surgery Remy was feeling a little bit flat – no wonder, after he’d been though such a big ordeal for a little cat! After some overnight monitoring at the nearby emergency clinic, though, Remy popped back to us for a recheck… and astounded us all by being bright, bouncy, and determined to eat everything (except for his special recovery food, of course!)

Remy is currently doing very well at home with his family. He has started some therapy for the mass, which has sadly been diagnosed as a cancer – but Remy’s family is over the moon that their boy has his spark back!